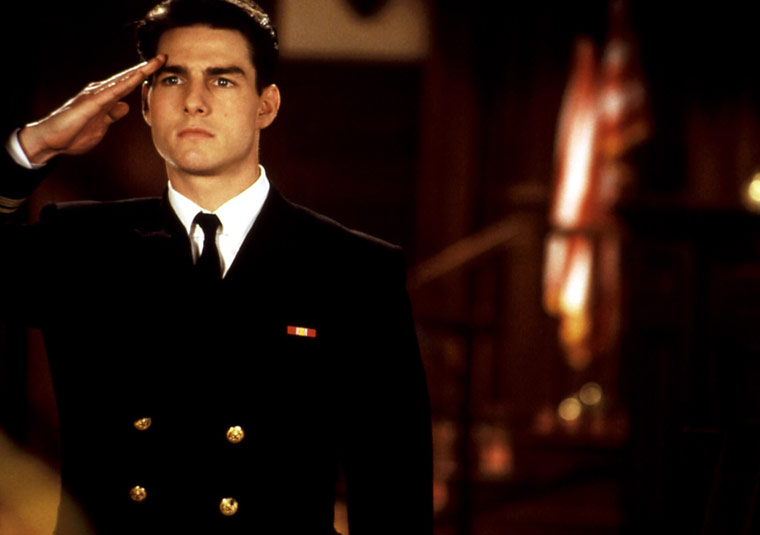 As Katie Holmes, Nicole Kidman, Penélope Cruz, and everyone else with a set of eyes can attest, Tom Cruise is one handsome gent. And, boy, the guy can wear the hell out of a uniform. Cruise's career has landed him in a variety of official duds -- military-wear, football jerseys, and even classic samurai armor -- and he's rocked them all. But which of Cruise's uniforms is the most decorated? Which regalia does Cruise where best
Photo by <i>A Few Good Men</i>, 1992. Photo courtesy of the Everett Collection.

Pure and simple, the uniform worn by Cruise as Ron Kovic is the uniform of a man with mental and physical toughness alike. While Kovic is too busy rallying against a war he views is needless to worry about fashion, he still looks the part of a hero in his dress blues. Half a star for courage alone.

Photo by <i>Born on the Fourth of July</i>, 1989. Photo courtesy of the Everett Collection.

Evidently, cops in the future have low-maintenance uniforms, in this case featuring leather over a nice canvas coat decorated with service-honoring patches. While the getup more closely resembles comfy weekendwear than police gear, the uniform is the ultimate in futuristic chic. Cruise, as expected, wears it well, looking every bit the part as a heroic officer of the law. Half a star for chic and half a star for the impressive agility the suit affords its wearer.

Photo by <i>Minority Report</i>, 2002. Photo courtesy of the Everett Collection.

The NASCAR uniform may look like a glorified tracksuit, but it contains ingredients that keep it from bursting into flames. The Mello Yello jacket is the star, standing out as an early example of the now-ubiquitous product placement. A half-star to NASCAR for keeping Cruise from catching on fire and a half to Cruise for looking better than any NASCAR driver before or since.

Photo by <i>Days of Thunder</i>, 1990. Photo courtesy of the Everett Collection.

You've seen one football jersey, you've seen them all, right? That's true until you've seen Cruise in the uniform of the Ampipe squad. The giant pads broaden Cruise's shoulders (earning half a star), and the act of wearing them broadens his horizons (a full star).

Photo by <i>All the Right Moves</i>, 1983. Photo courtesy of the Everett Collection. 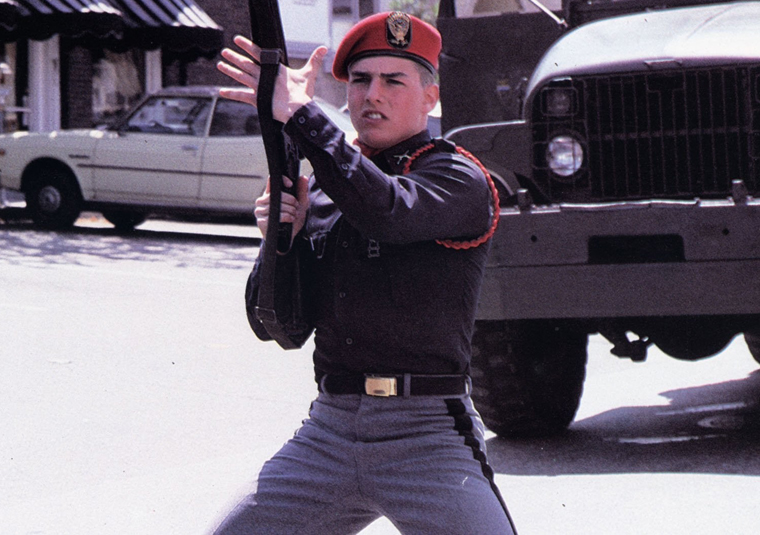 In a cadet uniform, Cruise looks quite buttoned-up: nicely tailored pants, tight-tucked shirt, a perfectly positioned fashionable beret. But when he goes unhinged and trigger-happy, the cadet uniform is easy adaptable, allowing for rebellion with style. Two full stars because the uniform works with both of the two sides of the cadet's personal image.

In his flawlessly white Navy getup, Lieutenant Kaffee looks just as unflappable as he is in the courtroom. There's not one speck of dirt on Kafee's duds, no more than he'll allow the honor of the armed services to be sullied in his courtroom. A well-earned two and a half stars for leaving the muddy-colored threads to the amoral likes of Colonel Jessep (Jack Nicholson).

The rolled-up sleeves and all the patriotic patches make the iconic fighter pilot look like precisely what he's not: a carefree, subordinate Navy man. But this maverick has to at least look the part while he's breaking all the rules. The uniform of a by-the-book flier looks damn good on a rebellious pilot with attitude -- good enough for three stars, that is. 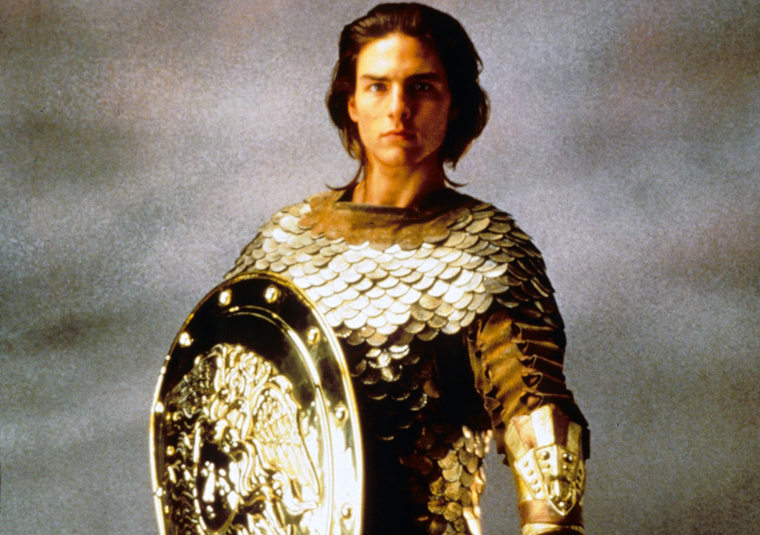 Photo by <i>Legend</i>, 1985. Photo courtesy of the Everett Collection. 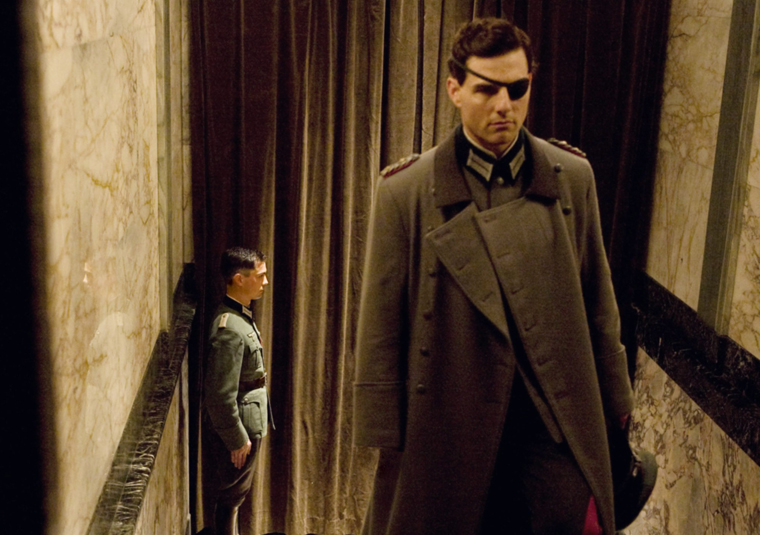 The dark color and the angrily slanted stripes on the stiff-as-a-board collar add up to one serious look, even for a Nazi conspirator. Cruise proves the most dour look can be spruced up with some accessorizing, and, in this case, the accessory, a dastardly eye patch, elevates the uniform. Four stars for meaning business and a bonus half-star for the eye-catching eye patch.

Photo by <i>Valkyrie</i>, 2008. Photo courtesy of the Everett Collection.

You have to see drunk ex-Civil War-soldier-cum-samurai Nathan Algren in motion with your own eyes to believe that his monster uniform, reminiscent of dragon scales, would allow him any mobility at all. The duds of a samurai warrior cover nearly every vulnerable inch of flesh. And the regal red and black say that, while you shouldn't mess with the wearer, he knows a thing or two about looking good in the heat of battle. For style and sheer impenetrability, five stars are a must.

Which uniform does Tom Cruise sport best?
No Login Required