Posted by AMC Editors | April 28, 2020
WARNING: This article contains spoilers from the Season 3 Premiere of Killing Eve. Read at your own risk. Sean Delaney has been a part of Killing Eve from the start, playing Kenny Stowton, MI6 whiz kid and son to Carolyn Martens (Fiona Shaw). Kenny isn't in season three for very long, considering the fall to his death ended the premiere episode, but, that's why there's never been a better time to press the rewind button and look back on our favorite Kenny moments. We've plucked out some of the Kenny's most awkward run-ins because that's what he does (or rather did) best. Check out these fun exchanges that only Kenny would have:

1. When Kenny meets Eve for the first time 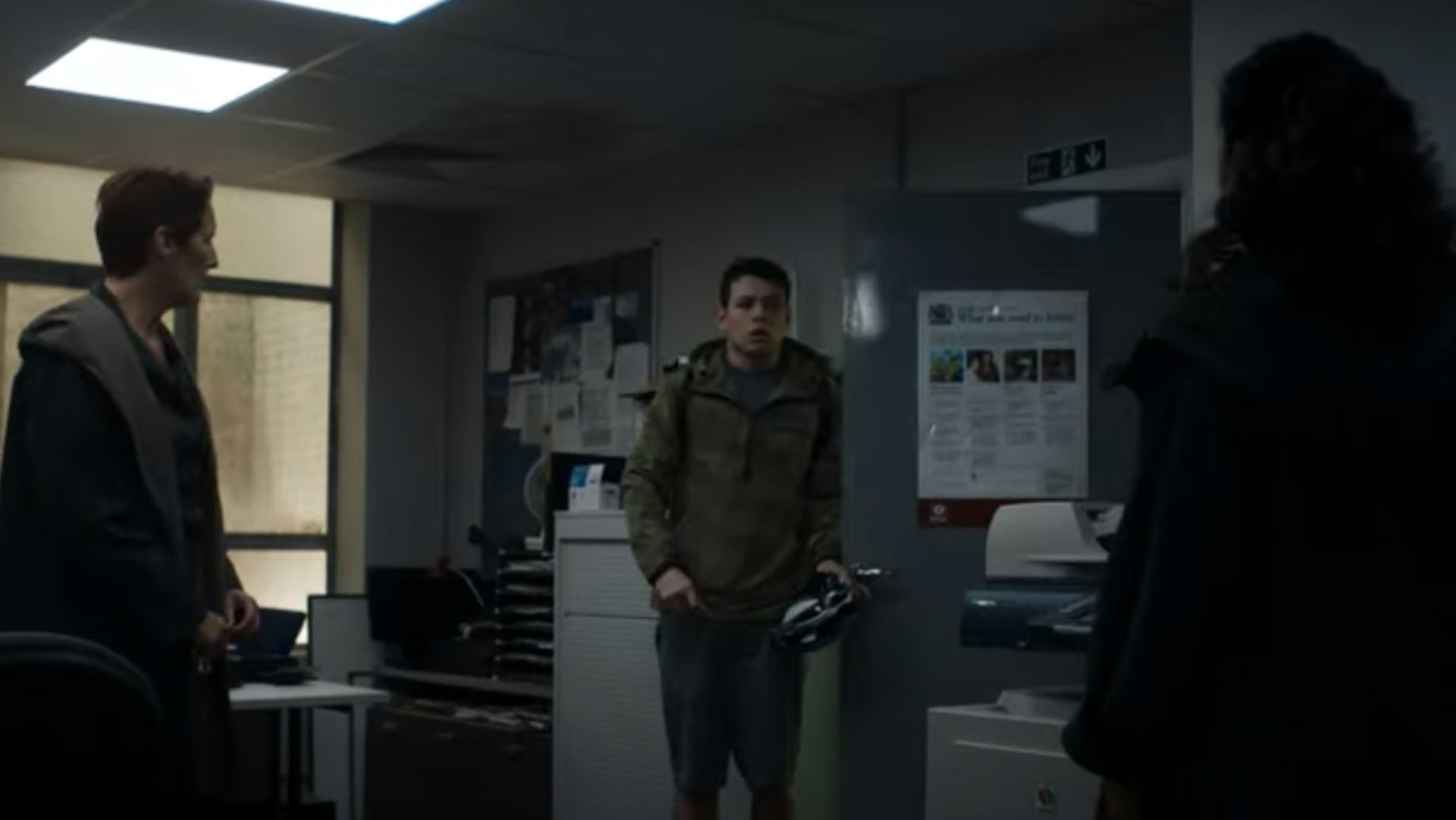 We meet Kenny at the same time Eve does. He flies into the under-the-radar office that Carolyn has set up for them. He's not expecting anyone to be there and is a little caught off guard, as evidenced by his nervous, "Ohmgawd!" Carolyn makes an unceremonious introduction, saying, "Kenny, this is Eve." To which, Eve simply says, "Hi." His response: "Sorry, about the smell." We appreciate his honesty.

2. When Kenny shows Eve how to use the toilet roll 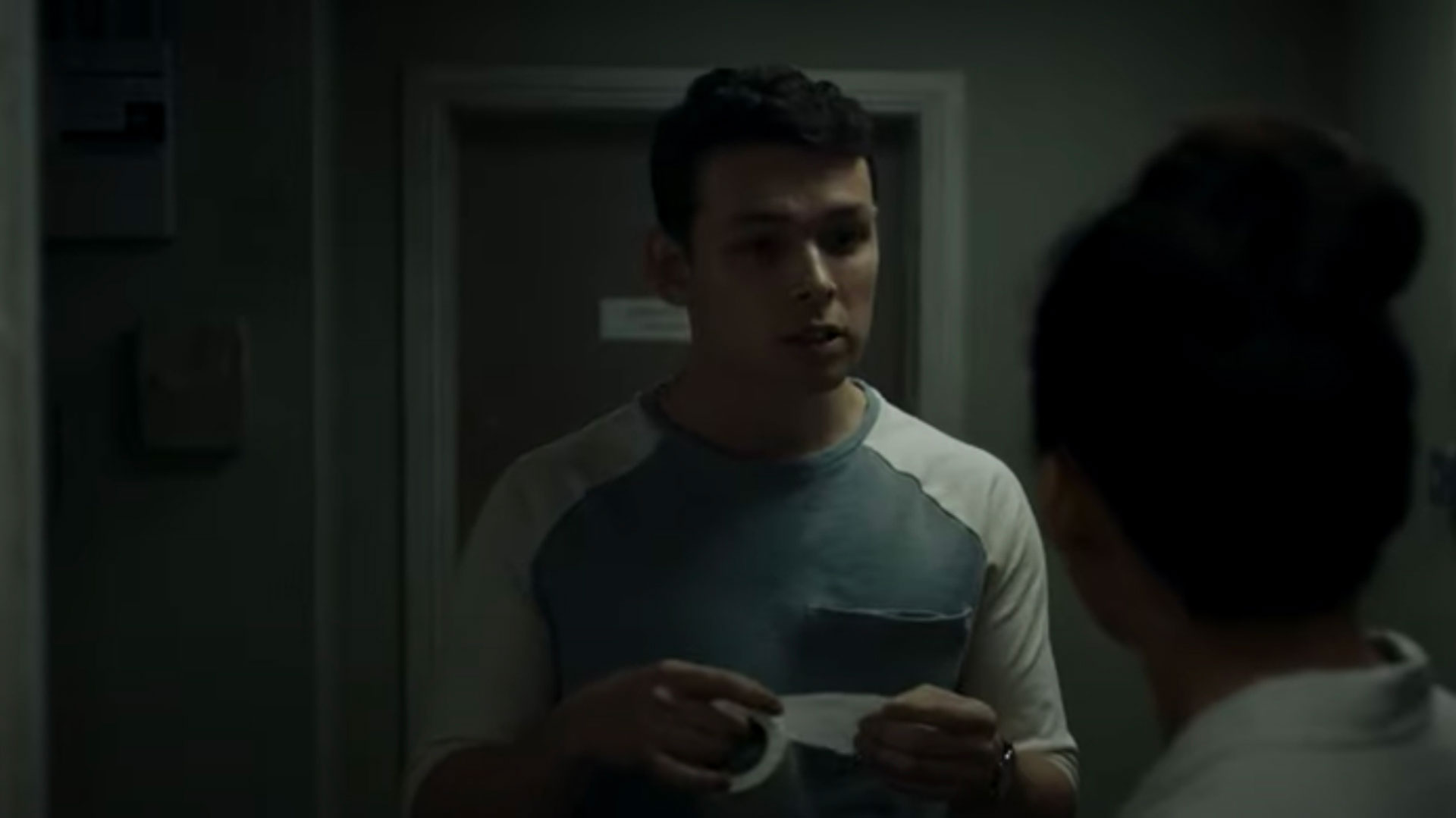 To be more exact, Eve and Carolyn's "office" is more of a room. When Eve needs to use the bathroom at their new home base, it's Kenny who walks her down the hall to it. Since it's a shared bathroom with other tenants in the building, they keep the office's toilet paper with them. Kenny even goes so far as to explain how the toilet paper process works, asking her, "How many sheets do you need?" Eve opts to hold onto the roll and return it when done with her business. Really, he's just being congenial.

3. When Kenny is found at Carolyn's dinner party 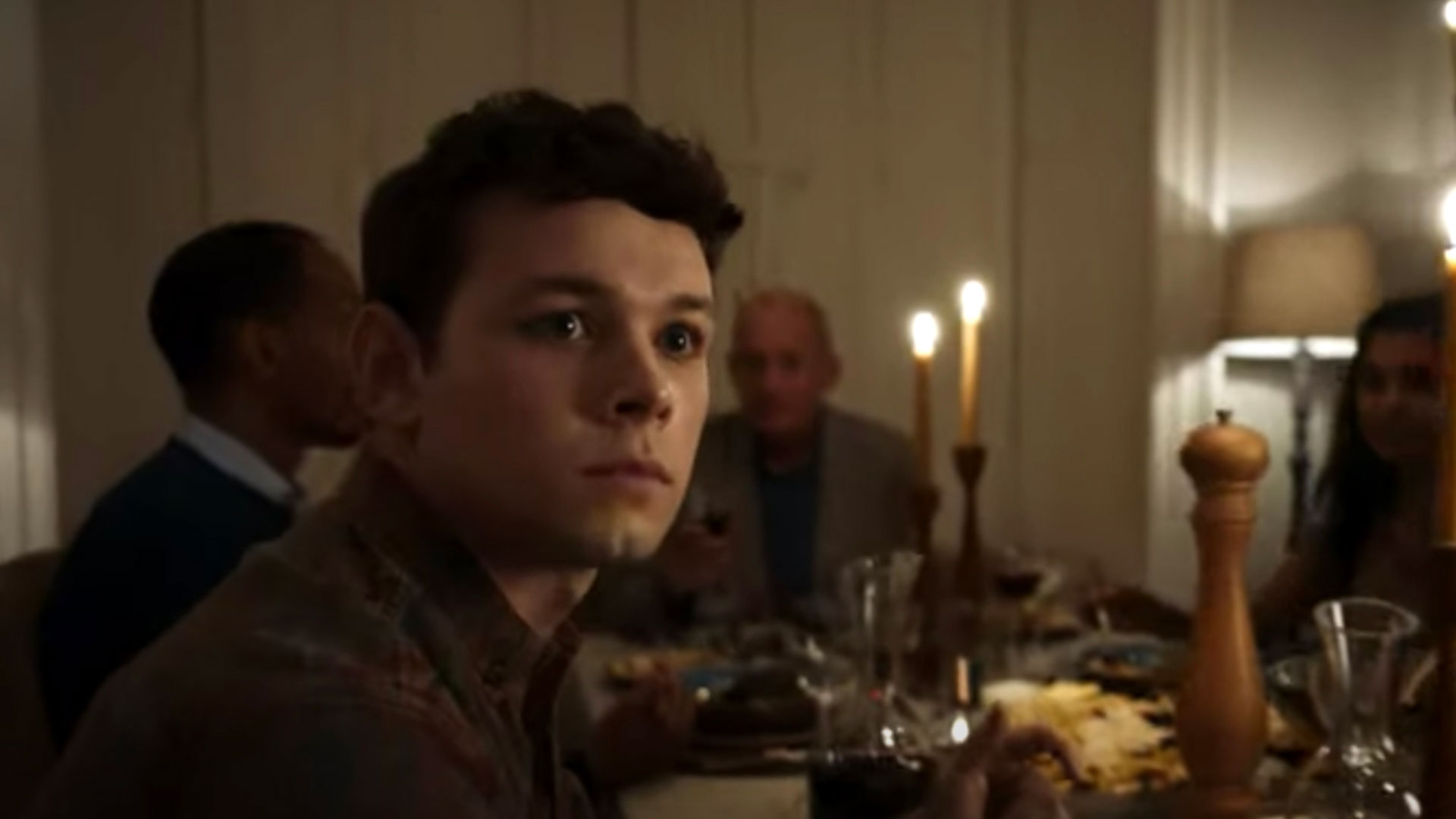 When Eve shows up to Carolyn's home unannounced, she's quite surprised to find Kenny there. And, he's just as surprised, if not more, to see Eve. He even seems in a bit of shock when his eyes lock with Eve's. It turns out Carolyn and Kenny are related — he's her son. It just somehow didn't come up at work, which in retrospect, sounds about right since Carolyn is all business. Our guess is Kenny wanted to keep things professional too.

4. When Kenny talks about how he feels about his mum

Kenny and Eve get on well as coworkers, and their relationship begins to evolve into a budding friendship. Eve seems comfortable enough to ask him some slightly more personal questions, like, "Are you afraid of your mother?" His response says a lot, with him exclaiming, "Of course I am. Isn't everyone?" Aw, who doesn't like a mama's boy?

5. When Kenny walks in on Carolyn and Konstantin 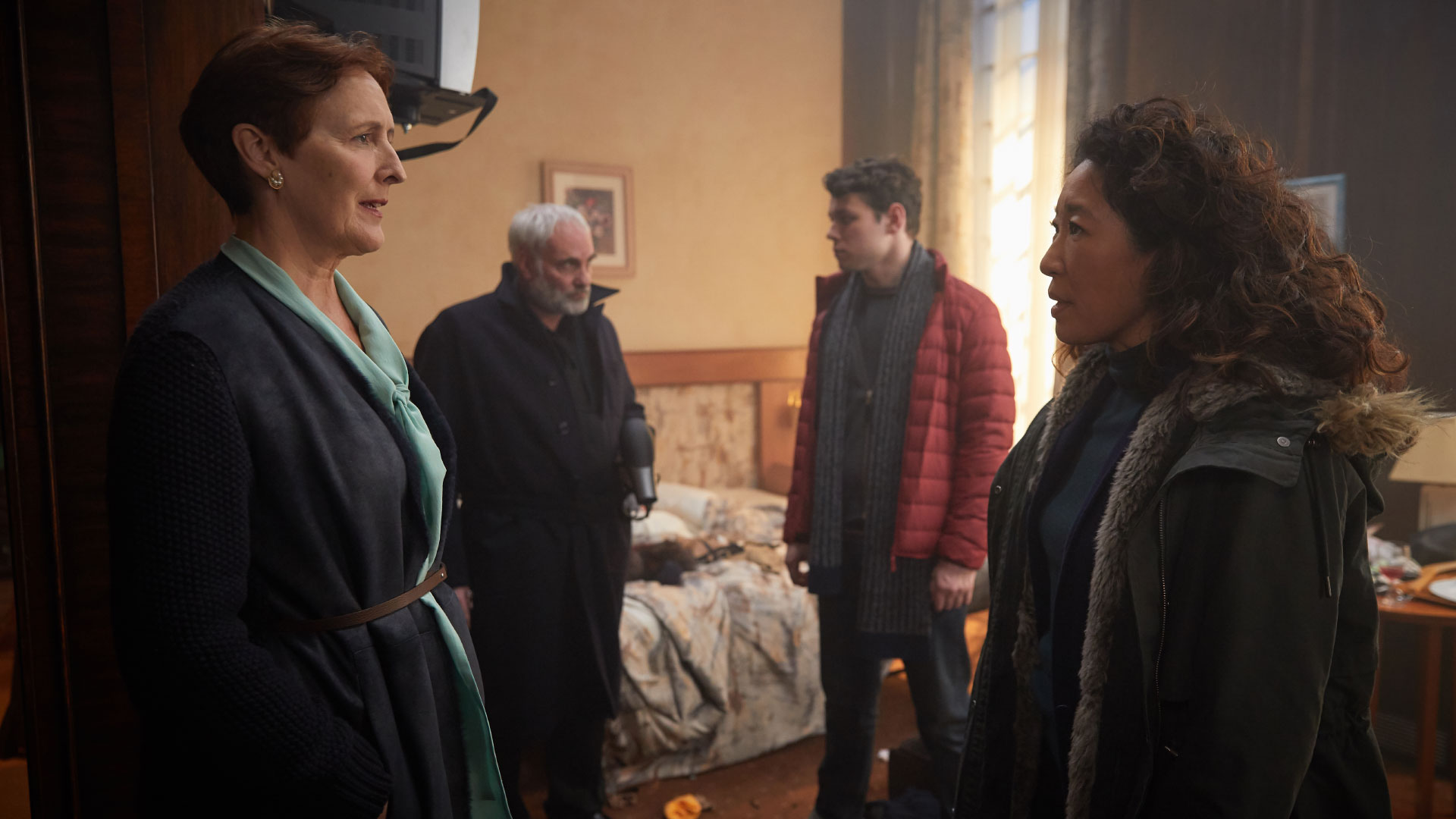 Both Kenny and Eve are looking for Carolyn. As they speed down a hotel hallway, Kenny pleads with Eve, "At least knock once, in case she's naked or something." Eve obliges and when opening the hotel door, they find Carolyn getting dressed and Konstantin is there, too. She wasn't naked — but, ahem — she probably was just earlier. Konstantin offers up an excuse without being asked, saying, "I was tidying." But, Kenny still asks, "Are you two..." Before he can finish, Konstantin cuts him off, "Who is he!?" Kenny is probably lucky he didn't get a chance to finish that question.

6. When Kenny questions Carolyn about a travel snack

https://twitter.com/killingeve/status/1000899489132105728?lang=en When sitting at the airport, Carolyn turns to Kenny, asking him if he wants some cheese puffs. Her maternal instincts appear to be kicking in, as she packed these for him. Kenny asks her what flavor they are, to which she explains, "There's only one flavor." He weighs his options (well, only one option in this case) and politely declines the offer. It's nice to know that he thinks things through.

7. When Kenny intermingles with his new coworker 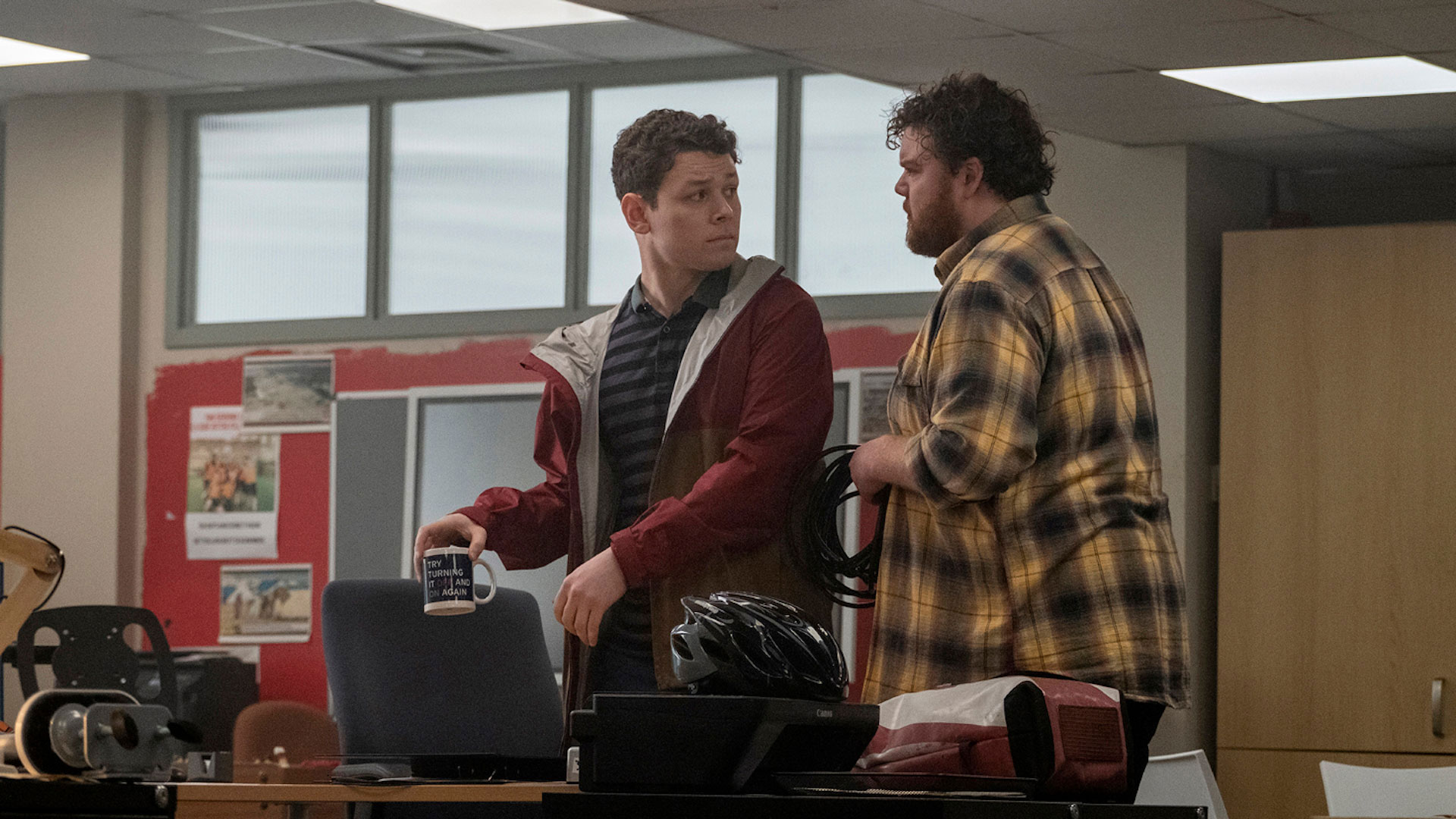 In season three, Kenny has gotten a new job at an online publication called The Bitter Pill. He's invited to a trivia night but has to say no as he's meeting up with Eve. Surprised, one of his new coworkers says, 'You have friends?" Kenny won't quite offer up who he's meeting and comes across a bit secretive. Well, he is an investigative reporter now, so it goes with the territory.

8. When Kenny stands up to his mum 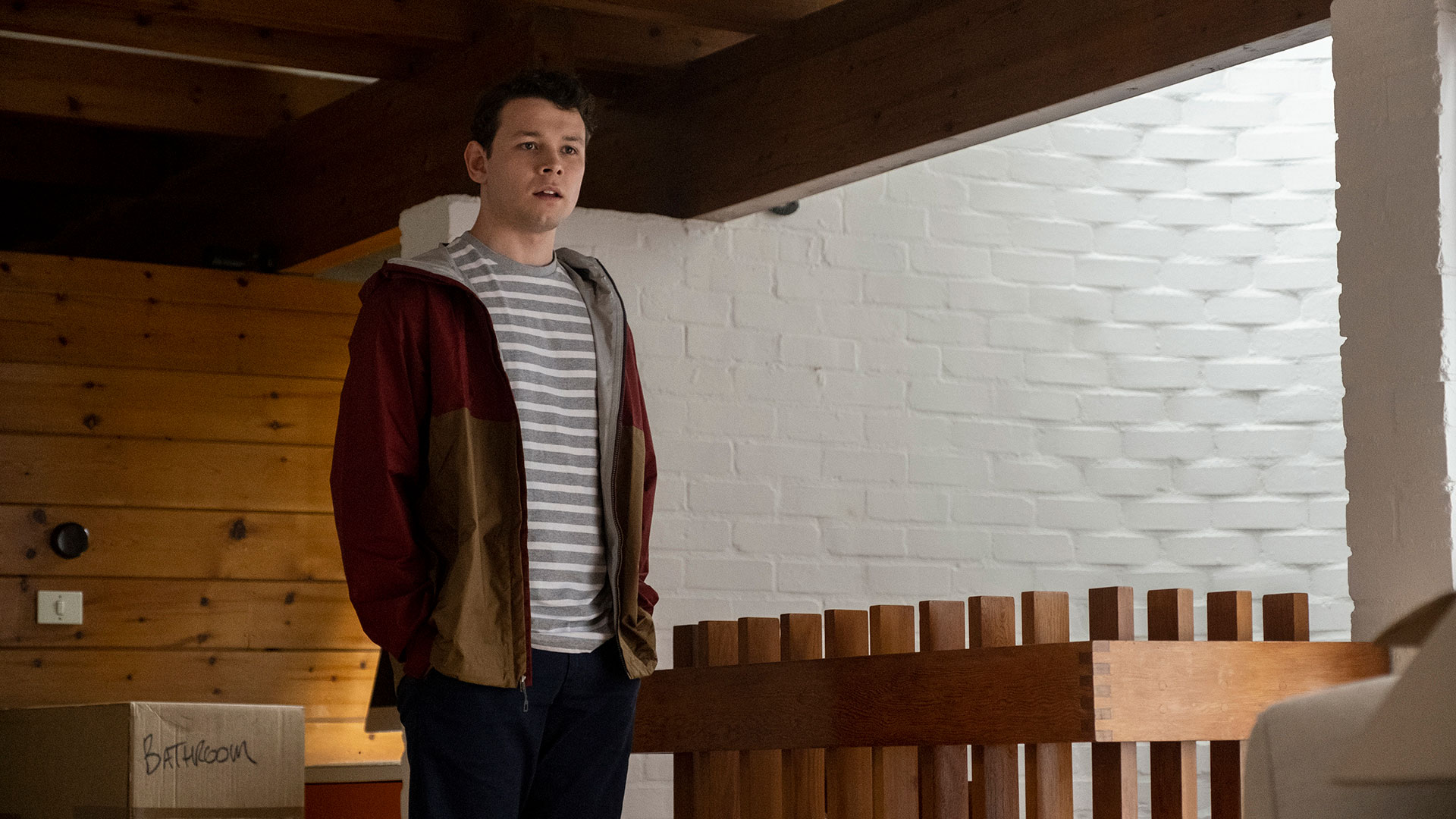 Carolyn and Kenny are packing up to move and she gets a little miffed that he's not helping. Kenny has a moment of clarity, saying, "You're not going to tell me what to do... anymore." Carolyn comes back at him, explaining, “Life is just a series of trade-offs, Kenny. For all of us.” The row ends on what to have for dinner; they agree on fish and chips. He did a fine job of standing up for himself, but sort of took a step back by the end... she is his mum, after all.

Kenny swings by Eve's flat to check on her. But, when she doesn't answer the door, he lets himself in. It was quite a rude awakening for Eve. And, just as alarming for Kenny. 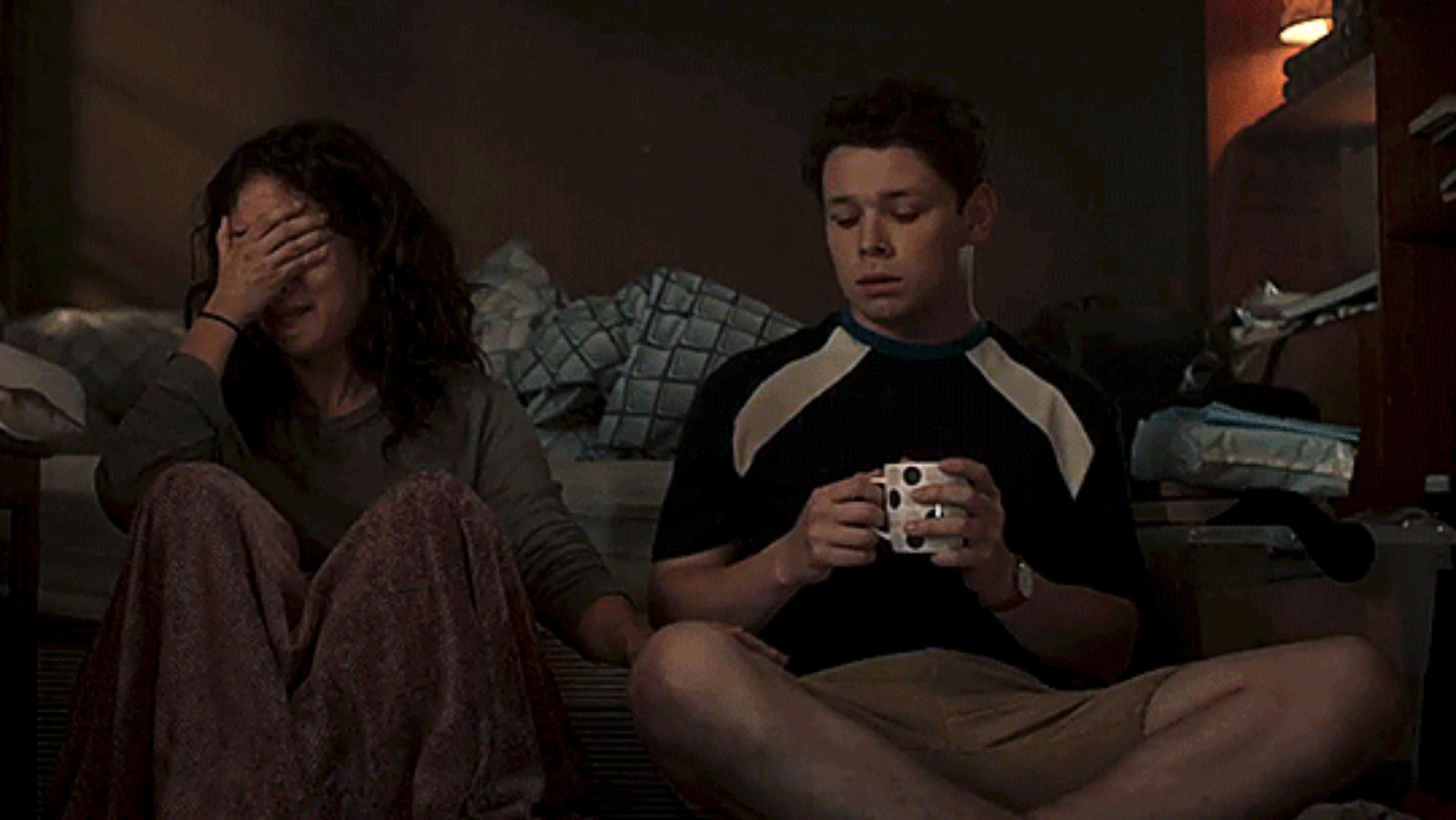 After Kenny and Eve have a catch-up and he's about to get on his way, he pauses and says to her, "I think you could do with... people." Eve cuts him off saying, "Oh, Kenny. I'm fine." He doesn't think she's happy. But, she has an answer for that, too, "Who says I want to be happy?" His giggle softens the sadness of the moment.

11. When Kenny plays with his Rubik's cube

Kenny's at the office over the weekend, catching up on his work. He takes a break to play with a Rubik's cube. It's not what he's doing, it's us as viewers, knowing he's in danger. Kenny put the Rubik's down and look up! Ack. And, finally, BBC America has put together a montage of Kenny moments, paying homage to his beloved character: https://www.youtube.com/watch?v=PRr4m4dbwig Do you find yourself missing Kenny?