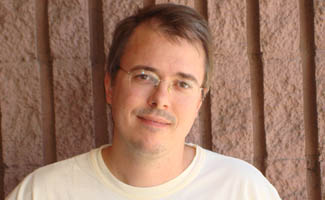 In his chat with the fans, the Breaking Bad creator describes the creative process behind the show’s craziest moments, explains the second season’s shocking endgame and talks about the devil’s luck behind Walt’s successes.

kcbarker 4: Is there a set number of seasons that you envision for the show?

A: I don’t really know how long Breaking Bad will last. These characters that my writers and I spend so much time with tend to come alive for us. And as much as we try sometimes to make Walt or Jesse behave in certain ways and get us to certain scenes, oftentimes they tell us we need to go this way instead. They’re telling us their story as much as we’re trying to impose a story on them, so it’s really hard to say how long Walt’s story will go.

DepraveDave: What inspires all those crazy scenes you come up with?

A: They all happened to me in real life [Laughs]. Uh, no, in all honesty I don’t know where they come from, but they certainly don’t all come from me: I have six wonderful writers that I work with, and we sit in this meeting room and just play “What If” with each other: What if Hank goes down to the Mexico border and has a terrible experience with the cartels? Severed heads are big down there, they’re like a calling card. Does he find a severed head? How do we top that? What if the severed head is on the back of a tortoise? Wow that’s pretty crazy, how do we top that? Well then it blows up!

Sinnerman: You have to show the negative consequences of Walt’s choices, but to what extent do you feel constricted in your ability to allow Walt some success?

A: Very often we invest ourselves in a character like Walt, and we hopefully start to hope that he gets success. Yet the typical story only gives us that at the end. We know this from fairy tales, where the last line is “And they lived happily ever after.” With Walt, even a broken clock is right twice a day, so every now and then he should win. But a lot of the time it’s like the devil’s luck. Maybe the best thing for Walt is to get caught and have to face the consequences of these bad actions. But he never has to face up to his misdeeds, and so many people suffer because of it — right up to an unknown number of people dying because of this plane crash he helped bring about.

rico3639: Who were the two people in body bags just outside of Walt’s car?

A: In my mind the wrath of God rained down on Walt’s neighborhood. These two planes collided overhead and began to strew debris all over. As far as the glasses and all the other items we’ve seen, they’re all from the plane. Right into Walt’s backyard fell the pink teddy bear from some poor unknown little child on this plane. So it would follow that the body bags being zipped up are also what’s left of folks who’ve fallen to Earth. If you look closely, those body bags are pretty empty. We can only assume they’re little bits and pieces, and stuff better left to the imagination.

rickyjames: Were the black and white teddy bear shots influenced by similar shots in Schindler’s List of the girl in the red coat?

A: I have to say we were consciously thinking of Schindler’s List when we decided that the only item in color in these teasers should be the pink teddy bear. I think Schindler’s List is a wonderful movie, and as they always teach in writing class, steal from the best. We knew we wanted to make the footage in the flash-forwards look visually different so the audience would understand that this is some alternate reality. At the eleventh hour I said, “Why not just black and white and make the pink of the teddy bear the only thing you see?” And that was a little tip of the hat to that movie.

mjzale: When Walt and Marie talk about keeping the baby on its side with the towel, did you mean to make a connection with Jane choking?

A: Oh yes. Those are the kinds of moments that you want to be subtle enough that they don’t hit you over the head, but on the other hand that they register. We liked keeping the audience aware of the fact that Walt has a newborn daughter, and Jane is somebody else’s daughter — in fact a guy we’ve met and have a lot of sympathy for. There’s an idea there of the cycle of life. And it just seemed like a cool thing to do.

sfuquea88: What is Skyler and Ted’s relationship going to grow into?

A: This is one of those cases where we had this character of Ted and we thought he might be interesting for a while. But then Christopher Cousins did such a nice job and he’s so very interesting that it makes us writers more interested. Ted and his relationship with Skyler interests me, and I want to see more of it myself. Not to spoil anything, but I’ve got a feeling we’ll see more of Ted in Season 3. [Laughs]

CropDusterMan: Why did you choose to go for the hand-held versus a Steadicam in Breaking Bad?

A: I am proud to say we have not had a single Steadicam shot in twenty episodes. I did seven years on The X-Files where we used a lot of Steadicam, and it was wonderful. But coming off that I was mentally and visually ready for a different look. A major source of inspiration was The French Connection, which was shot like a hand-held news camera. And what I love about that is it’s not meant for you to notice that it’s hand-held. The operator is holding the camera as steady as possible. When we made the Pilot, there wasn’t a whole lot of that being done in television. So often the storytelling and visual choices that we make are about giving the audience something that they’re not seeing elsewhere.

wiretapstudios: Do you think ultimately this is a show about all the negative things in life, or does it show how the human spirit triumphs?

A: I’d really prefer to believe that this show is not just about the negative aspects. There’s so much more to life than crime and evil and negativity. And yet Walt’s decision-making process has really led him down some dark alleys, put him in danger and put his loved ones in danger. So the dark side is an important aspect of our show — it probably always will be. But I’d like to think that as the show progresses, there’s more and more of a light side to balance the darkness.

Diksee: How often do you and the writers come up with situations so dark that you have to decide, “Better not put that one in”?

A: If I sat down and thought about it I could probably count on one hand the number of times we came up with something that was so horrible we decided not to do it [Laughs]. The one thing that truly scared us this season was the moment where Walt watches Jane die. We had hours-long discussions on whether or not we should do it. But eventually we looked at each other and said, “Go big or go home.” And it’s not about getting a rise out of people; it’s about examining every aspect of this character and really paying off on the promise that the show makes in the Pilot, which is that we’re taking a good man and we’re slowly transforming him into something else. We’re going to explore some very dark facets of humanity, and for me that’s what it’s all about.

Check back Tuesday for an exclusive interview with Breaking Bad’s star Bryan Cranston.